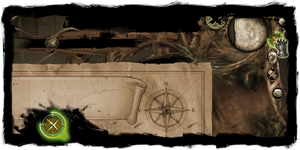 Maps come in very handy in the course of the game, especially when it comes to figuring out where you are at any given point vis-à-vis where you want to go. Locations of interest, once they've been found or described, appear on the various maps as markers. There are several markers, below is a quick reference chart of the various markers used in the game: 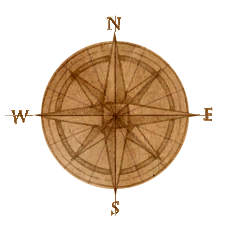