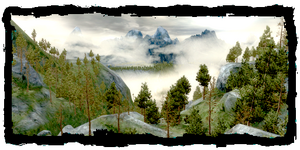 Kaer Morhen völgy is the area immediately adjacent to and surrounding the fortress of Kaer Morhen. It is here that the Tábor of the unexpected visitors to Kaer Morhen is situated in "A Semlegesség Ára". The valley itself is divided by a fast flowing river which can only be crossed at either of the two fords. The area is also infested with szúrcsohók, farkasok, baziliszkuszok, óriás százlábúak és vivernek. 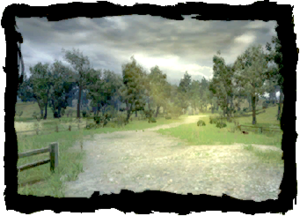 One can also "see" Farkasfog outside, but it cannot be picked. There is some that is "pickable" inside Sabrina's tent, but Geralt does not have the journal entry, so trying to pick it is useless.

There are also Berberk trees here and there, but those, like the Farkasfog, are just landscaping, too.