Witcher Wiki
Register
Don't have an account?
Sign In
Advertisement
in: Temerians, The Witcher 2 characters, Humans,
and 3 more
English

The Witcher 2: Assassins of Kings
Aryan La Valette was the son of Maria Louisa La Valette and "Old Baron La Valette" and the half-brother of Anaïs and Boussy.

Aryan initially appeared during the castle assault part of the Prologue, where Geralt can kill him and his men, duel him to the death or force him to surrender.

Should Geralt choose to kill him, that is the end of their interaction.

If he surrenders during his encounter with Geralt, he appears in the quest The Dungeons of the La Valettes where he is a fellow prisoner in the castle dungeon, and later still, in Chapter III, Geralt encounters him again in Loc Muinne.

He would later return to La Valette Castle and when Nilfgaard started the Third Northern War by attacking Sodden and Brugge turned his lands into a safe haven in the north.[1]

Baroness La Valette's eldest child, Aryan, was beyond all doubt her and the old baron's son. Raised to be a knight, he sought to uphold the virtues of this state, valuing courage and valor, and striving by his every deed to embody them. He must have felt extreme discomfort by the conflict that engulfed him, as at its roots lay his mother's and family's honor, pitted against widely discussed rumors of a love affair between the Baroness and King Foltest. Though the situation was dire, the young knight valiantly commanded the defense of his family's castle, intending to give not an inch of ground.
If Geralt persuades him to surrender during the Prologue:

Seeing that further resistance was hopeless, Aryan yielded, laid down his arms and placed himself at the king's mercy.
Unfortunately, he could not count on it after Foltest's death, and only Geralt's intervention saved him from torture and disgrace.
Honor prevented the proud youth from fleeing his family seat while it was in enemy hands. Aryan made a decision that meant certain death for himself, but he nevertheless made it without hesitation, sealing with his sacrifice the bloodiest chapter ever in La Valette family annals.
Imagine the witcher's surprise when he learned that the heroic youth had survived after all and then turned to King Radovid of Redania for help in finding his sister, Anaïs.

If Geralt kills him and his men during the Prologue:

Faced with a choice, Aryan preferred to die leading his men in battle than to stain his honor by yielding to Foltest.

If Geralt duels him during the Prologue:

Seeking to save his soldiers' lives, Aryan decided to do or die. He faced the witcher in a duel and died by his hand. 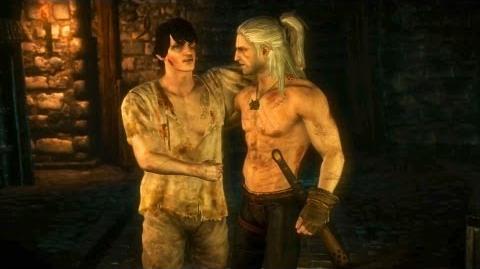 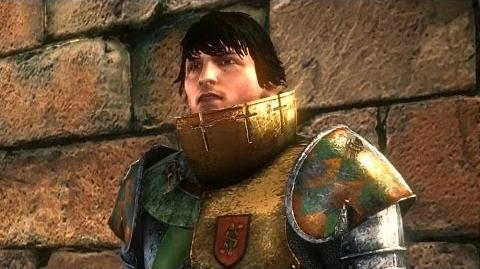