He died before he was able to impregnate Ciri; killed, possibly unwittingly, possibly not, from an overdose of an aphrodisiac or performance enhancer at the age of over 650 years supplied by Eredin Bréacc Glas, who viewed himself as a more suitable ruler. 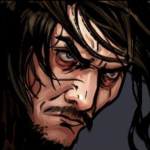