The Witcher
Azar Javed was a Zerrikanian sorcerer and alchemist who took part in Salamandra's attack on Kaer Morhen. Initially known only as the "mysterious mage", he and the Professor were the main instigators of the raid on the fortress and were uniquely responsible for the theft of the witchers' secrets.

Azar was one of the highest ranking Salamandra, but not the ultimate leader. While he was certainly responsible for the mutants plaguing Vizima, he was only following a grander plan, conceived by someone else.

Early in his life he studied at a magical school but was expelled due to unknown reasons.

At some point he made an alliance with Jacques de Aldersberg and attacked Kaer Morhen alongside the Professor, Savolla and his frightener, and some other Salamandra thugs. The attack was a success and Javed managed to steal the witchers' secrets.

Later in Vizima, he noticed that Geralt started working with detective Raymond Maarloeve which he already had history with, so he sent some assassins to scare Raymond and get him to hide for a while, sometime after that he killed the detective and disguised himself as him and contacted Geralt. He then gave the witcher the last Sephirot he needed to open the tower before they went to visit the tower.

The two then start to fight but, being out in the swamps and being a fire mage, Azar called on the Professor for help, who proceeded to poison Geralt with manticore poison before the two then fled the battle.

Azar and Geralt later confronted each other yet again when the witcher discovered one of Salamandra's hideouts, but Azar fled once more.

Azar then took to hiding out at the main hide out at the Old Manor but the witcher soon tracked him down there and the two had one final confrontation, ultimately leading to Azar's death.

The mage attacked Kaer Morhen in order to steal the witchers' secrets hidden in the fortress.
One of the leaders of the forces that attacked Kaer Morhen was a mage so powerful that even Triss Merigold could not oppose him. The organization that he leads uses the symbol of the salamander.
The mysterious mage using the salamander symbol is a skilled alchemist who is researching mutation.

The mysterious mage is Azar Javed - an exotic name suggesting that he comes from a distant place.
The mage is in hiding, yet his influence extends over the whole of Vizima and possibly beyond.
The man I'm looking for is addicted to fisstech. He takes large amounts of the drug in its purest form.
My adversary is a renegade mage. This means that, for some reason, he was expelled from the wizards' circle. In the past, renegade mages performed the witchers' mutations.
Even powerful men have their weaknesses - Azar likes to bask in luxury.
Women are another weakness of this wizard, and his lust is equal to his appetite for magical power.
Azar Javed specializes in the element of fire. Not only does the mage use fire magic with great expertise, it seems that fire has become a part of his being.
I have learned that Azar Javed has political ambitions, which is quite typical of wizards.
If Javed is not found out until the tower confrontation:

The illusion is gone. It turned out that Azar Javed, the Salamandra leader, has been deceiving me by pretending to be detective Raymond. I didn't unmask him in time and he was able to outsmart me.

If Javed is found out before the tower confrontation:

The illusion is gone. It turned out that Azar Javed, the Salamandra leader, has been deceiving me by pretending to be detective Raymond. Luckily I managed to see through the ruse and outsmart him.

During the fight with the Professor, the mage came to his companion's rescue. This time he was unable to stop me, and I forced him to flee.
According to the Professor's notes, Azar Javed is in Salamandra's hidden laboratory, where he is working to put the secrets of Kaer Morhen to use.
Azar Javed died by my hand after the duel in the Salamandra laboratory. 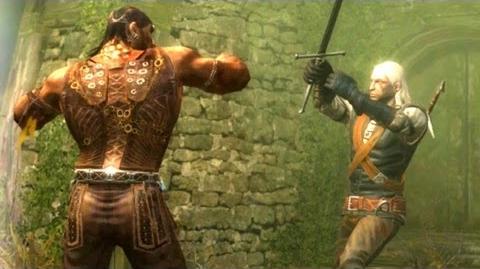 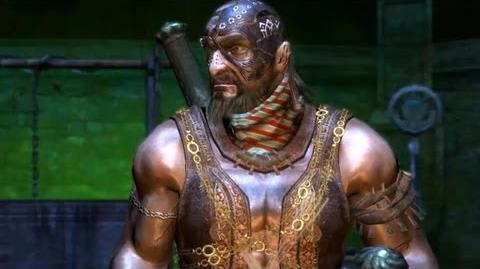 Gwent cardart
Add a photo to this gallery
Retrieved from "https://witcher.fandom.com/wiki/Azar_Javed?oldid=526543"
Community content is available under CC-BY-SA unless otherwise noted.