The Witcher 2: Assassins of Kings
The Battlefield is an area between Vergen and King Henselt's camp. It is under a curse which Geralt must break to complete Chapter II.

The site was not much to behold, even on a sunny day, yet it was here that several years earlier a bloody battle had ended in a magical cataclysm. Rocky gullies opened onto a plain scarred with furrows and craters dug by trebuchet missiles and magical explosions detonated by the sorceress Sabrina Glevissig. Tall, reddish grass covered part of the flatland, the rusting armor and bleached bones of the fallen nestled among it. Once the curse was activated, however, a ghastly mist engulfed a section of the battlefield. Within it stretched a world seemingly pulled from a nightmare, a world in which ghosts of the fallen endlessly re-enacted the battle that had claimed their lives.
Once the witcher lifted the curse, the mist dissipated and the specters of the fallen vanished into the beyond. 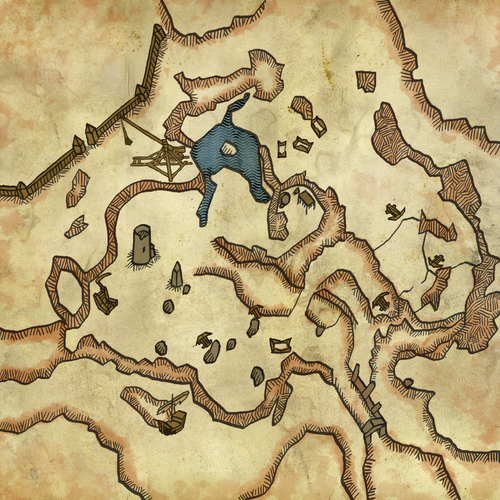 Retrieved from "https://witcher.fandom.com/wiki/Battlefield?oldid=509489"
Community content is available under CC-BY-SA unless otherwise noted.