watch 08:10
Witcher Lore: Witcher Guilds: The Blue Stripes
Do you like this video?
Play Sound

The Blue Stripes was an elite Special Forces unit in the Temerian military. It was headed by Vernon Roche, a former peasant that rose through the ranks to become one of King Foltest's most trusted military leaders. His second-in-command was Ves, a highly trained archer and arbalist.

The unit consisted of dauntless swashbucklers, interrogation specialists, noiseless scouts – all of them extremely loyal to their leader.

So far the Blue Stripes unit has suffered only one failure – they haven't managed to capture the infamous bandit Iorveth.

The fate of the Blue Stripes[edit | edit source]

After a successful raid on La Valette Castle, the unit sets off on a journey with Geralt of Rivia to find the real kingslayer.

During their stay in Flotsam, Bernard Loredo's collusion with Kaedwen is found out. Roche, disgusted by the man's treachery, decides to thwart his plans and raid his mansion. With Geralt's help, the Blue Stripes succeed. Not much later they set sail to support Henselt in his campaign against Saskia.

Unfortunately, during their stay at Henselt's side, the whole unit is accused for conspiracy and hanged on Dethmold's order.

Without the witcher's aid, Vernon's plan of overthrowing Bernard Loredo had no chance of success thus the unit had to flee Flotsam. 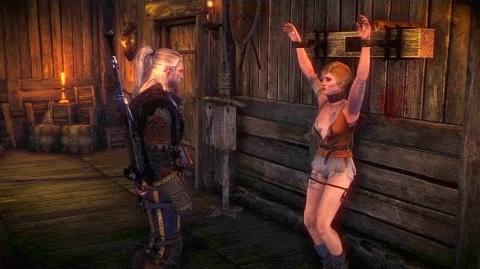 Death to the Traitor! (The Witcher 2) Full HD 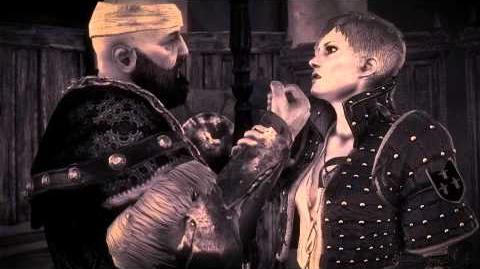 Add a photo to this gallery
Retrieved from "https://witcher.fandom.com/wiki/Blue_Stripes?oldid=532093"
Community content is available under CC-BY-SA unless otherwise noted.