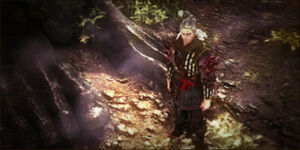 . Their powers are bestowed when Geralt walks through them while exposed by a medallion scan. The Witcher medallion glows and emits a distinct sound when Geralt is within hidden the Circles of Power.

Retrieved from "https://witcher.fandom.com/wiki/Circle_of_Power?oldid=495585"
Community content is available under CC-BY-SA unless otherwise noted.