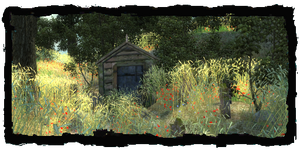 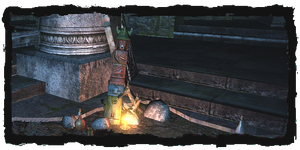 Long since abandoned by humans, the crypt in the fields outside Murky Waters has become home to a multitude of malignant forces. There are vampires, even garkains; there are necrophages, and their king, Ureus, the ancient cemetaur who has gone unchallenged... Not to mention alps, alghouls, ghouls, and a colony of 'bad' griggs.

Among the many chambers filled with sarcophagi, trunks and exposed corpses, there is also a circle of elements, the Circle of the Barren Lands and a chapel where the colony of griggs worships. 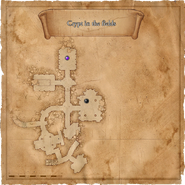 Map
Add a photo to this gallery
Retrieved from "https://witcher.fandom.com/wiki/Crypt_in_the_fields?oldid=509943"
Community content is available under CC-BY-SA unless otherwise noted.