Error: image is invalid or non-existent 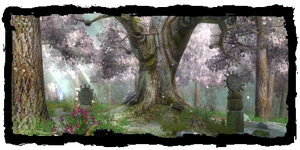 The Druids' Grove, is located in the Swamp, north of the Lumberjacks' glade and west of the Golem Burial Grounds and the Mage's tower. It is home to a colony of druids, who appear to be led by an Elder Druid, at least initially. Later this role seems to have been taken over by the Hierophant. There is also a dryad, Morenn, staying there at the moment and Yaevinn often stops by to clear his head.

The druids are caring individuals and have no wish to see anyone or anything suffer. A nice side benefit of this philosophy is that anyone in the grove receives free healing.

Like in many groves of the druids, a huge oak shadows also this place; the druids meditate and pray under its branches. 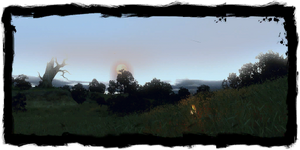 Retrieved from "https://witcher.fandom.com/wiki/Druids%27_grove?oldid=52325"
Community content is available under CC-BY-SA unless otherwise noted.