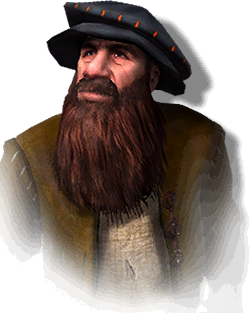 Einar Gausel is a secondary character in The Witcher 2: Assassins of Kings. You can purchase books about monsters from him, which are necessary to progress in the quests The Nekker Contract and The Endrega Contract.

Retrieved from "https://witcher.fandom.com/wiki/Einar_Gausel?oldid=104821"
Community content is available under CC-BY-SA unless otherwise noted.