Witcher Wiki
Register
Don't have an account?
Sign In
Advertisement
in: Creatures, The Witcher 2 bestiary, The Witcher 2 Chapter I,
and 3 more
English

An endrega, endryag,[1] or endriaga,[2] is a species of insectoid said to resemble a huge lizard. They inhabit the forests in the southern parts of Northern Kingdoms[3], in areas like the Dank Wilderness.[4]

During the 13th century, endrega numbers dwindled due to the expansion of humans, according to Codringher.[2]

Climbing down suddenly from trees

Endregas are forest creatures that resemble arachnids. They are especially fond of flood-plains, as moisture and tall grass suit them. Longer than they are tall, they move about on all fours and are extremely difficult to spot as they lie motionless, awaiting their prey. Like kikimores, endregas are divided into castes, with warriors being most numerous, guards being less common, and queens being a real rarity.

These monsters, like arachnids, hatch from eggs. Impregnated queens lay the eggs in cocoons which hang from trees in areas known as nests. The lesser creatures zealously guard their queens, as colonies depend on them for survival. The queens themselves remain hidden, caring little for what happens to other adult specimens. However, when their nest is threatened, they emerge swiftly and fight ferociously. Thus, to exterminate an endrega colony, one must set fire to its cocoons to lure out and kill the queen.

When fighting an endrega, use the strong style and target the beast's abdomen, where its armor is weakest. Trusting in the toughness of their armor, the creatures often willingly take blows, only to respond with a sudden counter-attack that can be deadly if not evaded or blocked.

Endregas can bleed to death if hit with a blade coated with the appropriate oil. They are also susceptible to all witcher Signs. The monster can easily be tripped up, knocked down or immobilized by a trap. However, the endrega's peculiar metabolism makes it immune to poison.

To defeat them you need:

Failed Sword: Move this monster to an adjacent region.

Endregas are divided into three types: 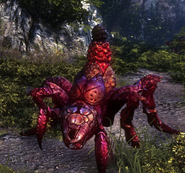 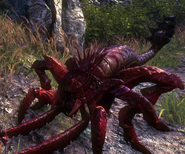 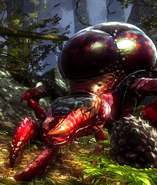 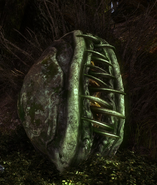 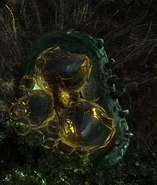