Edit
watch 02:17
New Pokemon Games - The Loop
Do you like this video?
Play Sound

A Posh Reception
Echoes of Yesterday
Six Feet Under

q3042_bank
In Chapter III, shortly after leaving The New Narakort following the banquet (if certain conditions have been fulfilled - see below), the witcher is accosted by a young boy who tells him that the bank is being robbed and that Velerad has sent for him. So begins Gold Rush. 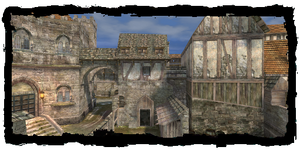 At a certain point in Chapter III, a child will inform you about a robbery in progress at the Vivaldi and Sons bank - this marks the beginning of the quest. There is a large crowd in front of the bank (behind the town hall, facing Tanners Square) and Velerad is among them.

Speak with Velerad. He explains the situation and (depending on which path you have been following) how to enter the bank.

If you choose to help Yaevinn, the conversation options look like Geralt intends to work alone. Ask if there is another way in; this prompts Velerad to suggest entering via an adjacent warehouse and provide the necessary key. Once inside, kill the fleders, proceed to the second floor, kill more fleders, and pass through a door to the upper floor of the town hall. From there, go downstairs and into the bank (the door at the bottom of the stairs).

Once inside the bank proper, if you have completed Echoes of Yesterday, you will have a short chat with Ren Grouver who will tell you that he is not a good negotiator, and to proceed to the basement and speak with Yaevinn. Otherwise, one of the Scoia'tael swordsmen (determined randomly) will ask Geralt if he is there to negotiate when spoken to. Answering in the negative will cause the Scoia'tael to attack and the quest automatically selects for the Order path. Answering in the affirmative causes the elf to tell Geralt to go to the basement to see Yaevinn. You will get one last chance change your mind when you find Yaevinn, but this is the Scoia'tael path description so you will stick with him. This means killing off a few kikimora blocking his means of escape.

If you choose to help Siegfried, you will enter through the town hall and meet the knight inside where he will basically tell you to kill the elves. You can argue, but if you want to stick with the Order, you will be forced to kill the elves. Yaevinn, however, will manage to get away and come back to say some nasty things to you later.

If you choose to work alone, you can try all you want, but you will have to choose a side. I do not think you can get away with helping neither side.

No matter how the plot unfolds, Yaevinn makes a getaway and goes into hiding. This concludes the quest. If you need to find Yaevinn from this stage on, he will be at Golan Vivaldi's house, but if you did not side with him, there is not much point.

Some kid ran up to me and told me Vivaldi's bank in the Trade Quarter is being robbed. I should take a closer look. Someone is robbing Vivaldi's bank. I should see what's going on.

I should find Siegfried, decide what to do about the bank robbery. I should speak to Siegfried. (500 XP)

Siegfried is waiting for me by the bank. We're going in on my signal. I should join Siegfried by the bank and enter the building with him.

Hmmm, Siegfried isn't really willing to negotiate. All right, we'll have to do it his way. I'll follow him into the bank. It's decided. The elven terrorists must die.

Sad as it is, Grouver wasn't looking for a peaceful resolution. I must go below and nab Yaevinn. I must go downstairs and get Yaevinn.

I killed the creatures in the sewer. Time to talk to Yaevinn. The monsters are dead, the passage is clear.

Yaevinn managed to escape to Vivaldi's house. The elf gave the banker the documents he recovered. Yaevinn owes me. I know where to find him if I need to talk to him. Yaevinn has found refuge at Vivaldi's. The elf owes me a debt of gratitude. (3000 XP) 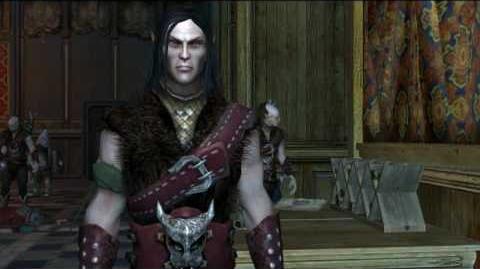 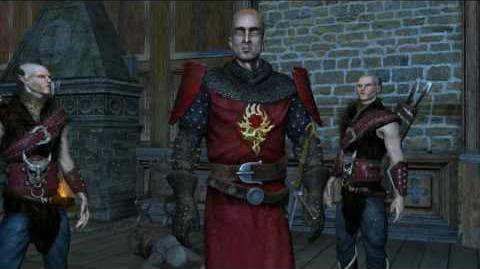