Last of the Unicorns

Dynasty of the Unicorn

Henselt was the king of Kaedwen, formally styled as His Majesty Henselt, King of Kaedwen, heir to the Dynasty of the Unicorn, Lord of Ard Carraigh, Archduke of Ban Ard, and vanquisher of Nilfgaard. For many years, he engaged in an ongoing dispute with King Demavend III of Aedirn over the Lormark. Henselt was also the architect of a plan to exterminate all non-humans in areas bound by the Pontar, Gwenllech, and Buina rivers. He sported a classic beard and had small, penetrating eyes.

Henselt spent a great deal of time, energy and money dealing with the Squirrels. He married a woman whose name is not known and she bore him one son who had married before ultimately dying in a hunting accident.

His commissar was Vilfrid Wenck. After the war with Nilfgaard, he was one of the negotiators of the peace treaty.

King Henselt stumbled ungainly on the dance floor and tripped over his tongue at courtly salons. On the battlefield, however, he moved as deftly as a fish in water. He knew all his infantryman by name and could recite the range of each and every catapult to the inch. Indeed, he adored his war machines. He would walk the ranks of his catapults like a proud father, tenderly stroking each ballista and trebuchet. He kept dozens and dozens of these contraptions in reserve - and built more any chance he got.

Henselt would often say two heads are better than one, and three - even better still. Thus he'd always order his troops to march into battle in threes, trios of soldiers fighting shoulder to shoulder. His generals were skeptical of his strategy... but changed their minds when they saw the results.[1]

In The Price of Neutrality premium module, King Henselt does not actually appear. He is referred to numerous times, most notably because of a rather badly spelled letter of safe conduct he has allegedly given to Merwin Ademeyn and his retinue.

Henselt is the king of Kaedwen at the time of this particular story. The sorceress, Sabrina Glevissig and Merwin both sit on his council. According to Merton Bringgs, the sorceress wields an unusually strong influence of the king and therefore the whole council. He says that she has been known to pound her fist on the council table and actually tell the king himself to be quiet, and apparently the king has obliged.

It is apparently under the king's auspices that the "search" for Deidre has been organized. Merwin is the official leader of the expedition, but it becomes clear quite early in the story that the true leader is Sabrina.

Known to be excessively greedy and hot-headed, Henselt is the king of Kaedwen, a powerful and expansive land in the North. He in no way resembles the classic image of a king. He is bearded as a robber and has small, penetrating, wandering eyes. Henselt feuds with his neighbors over borders, titles and protectorates. He is also known for his intense hatred of nonhumans.

Henselt, King of Kaedwen, heir to the Dynasty of the Unicorn, Lord of Ard Carraigh, Archduke of Ban Ard and vanquisher of Nilfgaard, makes his first appearance in the game at the beginning of Chapter II when Prince Stennis and Saskia confront him and demand that he withdraw his forces from Aedirn.

Henselt is advised by the sorcerer Dethmold, and is heavily influenced by him. Henselt is seen as an arrogant person and completely amoral. This, paired with his sense of royal immunity make him an unpopular king to some, especially among a number of his own nobility.

Despite this Henselt has managed to strengthen Kaedwen as a state and improved the lives of thousands of his people. His lack of heir however would result in a civil war for his country should he die.

The witcher once said that in his life he had met thieves who resembled city councilors, councilors who were like begging louts, harlots who behaved like princesses, princesses who smelled like pregnant cows and kings who looked like thieves. King Henselt did not look exactly like a thief, but, with all due respect, he was not far off. He owed this resemblance only partly to his bearded countenance, beady eyes and wandering, yet penetrating gaze. His annexation of Lormark, called Upper Aedirn by its natives, at a time when Aedirn was fighting off the Nilfgaardian hoard at its southern border, was also considered a theft. The now dead King Demavend judged this deed severely and communicated this in curt yet resonant words. Yet that was not the sole reason for King Henselt's reputation as an unpleasant person, much bolstered by the monarch's ambitions and quarrels with his neighbors, and by his ruthless policies towards nonhumans, whom he persecuted with a passion, squandering his realm's strength and funds.
The aging Henselt did not have a living heir, and the rumor was that he had found producing another son somewhat troublesome.
Henselt's virility may have lessened with age, but his ambition certainly had not. The king wanted to wage a war and reclaim Lormark, a province he had already given up once, no matter the cost.
If Geralt chooses Roche's path during the end of Chapter I:

The king reaped that which his deeds had sown years earlier, when he and Nilfgaard jointly partitioned Aedirn. Though he returned the stolen lands, there were many among the Kaedweni who considered Henselt's assault on an ally to have been dishonorable. These men created a conspiracy against their corrupt ruler, adding a new cause for concern to his pile of worries.
Kaedwen's king had been terribly cursed by the sorceress Sabrina Glevissig, whom he had condemned to death.
Thanks to the witcher, the curse plaguing Henselt was lifted. The king breathed a sigh of relief and returned to realizing his plans with redoubled energy. Apart from invading Aedirn, these probably included killing Stennis, hanging all nonhumans and ploughing Saskia, not necessarily in that order.
Henselt revealed the entirety of his rotten character when he had Roche's men murdered and personally defiled Ves. In this way he gained a mortal enemy in the form of Vernon Roche.
The king of Kaedwen satiated his ambitions. He led a victorious assault on Vergen and strengthened his kingdom.
If Geralt chooses to let Roche kill Henselt in Chapter II:

Henselt made a mistake in underestimating the determination of the Blue Stripes' captain to avenge his men. Thus ended the line of Kaedweni rulers bearing the Unicorn on their seal.

If Geralt chooses to stop Roche from killing Henselt in chapter II:

Henselt should consider himself lucky that Geralt was content with simply bruising his grizzled face, for Vernon would not have treated him as leniently. Thus grew the debt of gratitude which Henselt owed the witcher, though I don't think the Kaedweni ruler saw it that way.

If Geralt chooses Iorveth's path during the end of Chapter I:

Henselt accepted the unthinkable. He shed some of his royal blood for a stranger – anything was acceptable if it furthered the pursuit of his longed-desired war.
The ruler could not have felt worse if he had been kicked in the crotch. Defeated by the Vergenian irregulars, comprising peasants, local gentry, dwarves and elves and led by a female, he was forced to renounce his territorial claims to Aedirn and to officially confirm this at the Loc Muinne summit. I will remember the look on his grizzled mug for the rest of my life.

If Geralt chooses to rescue Triss in Chapter III:

Despite his appetite for new land, Henselt was forced to do without. The chance to snatch a part of Temeria passed right under his nose.

King Henselt does not appear in the third installment. Whether he was spared or killed seemed to have made little impact as Redania conquers Kaedwen during the War.

If Geralt allowed Roche to kill Henselt: With Henselt's death, Kaedwen is weakened and was no match for Radovid's invasion, surrendering and submitting to Redania after a few skirmishes.

If Geralt chose to spare King Henselt in Roche's path or he chose Iorveth's path: King Radovid invades Kaedwen and King Henselt is killed during combat, weakening the kingdom and forcing it to submit to Redania.

Henselt is a leader in the Homecoming version.

Scroll 1: King Henselt did not inspire awe with his bandit-like countenance. He did not dazzle ballroom crowds with charisma. He did not impress courtiers with refinement... Yet on the battlefield, one could see a master at work.
Scroll 2: Henselt was capable of determining a catapult's range down to an inch. He walked amongst his siege machines not unlike a proud father – affectionately patting the stones, plucking at the taut ropes as would a troubador with his harp...
Scroll 3: Worse was when his attention shifted away from matters of war, for Henselt preferred the company of his siege machines to that of man. He was quick to anger... But not quick to calm.
Scroll 4: As a result, despite his undisputed talent on the battlefield, Kaedwen's power did not grow under Henselt's leadership. He failed to gain allies and turn his military victories into lasting successes. Though this did not bother the king, as he waged war for its own sake.
Chest 1: Fate has a twisted sense of humor and Henselt was one of its many victims. The King of Kaedwen often enjoyed boasting of his virility. Following several mugs of stout, he once proudly whispered to a confidant that he had fathered enough bastard children to fill all the thrones of the North – perhaps even several Nilfgaardian provinces. However, after his only legitimate heir died on a hunting expedition, the king failed to beget another successor to the throne – despite his many attempts. Some say it was Henselt's failures in the royal bedchambers that contributed to his explosive temperament...
Chest 2: Henselt did not have kingly countenance. Beady, wandering eyes. A bulbous, red nose. A large, bushy beard... Such a description better suits a bandit than one of the North's most prominent monarchs. Aware of less-than-noble visage, Henselt carefully curated his grand and stately attire, always taking care to bear the royal insignia. He wore an immense belt adorned with silver towers, a fifteen-ounce chain of solid gold, a crown topped with the royal unicorn, and a crimson kaftan exquisitely trimmed with weasel fur. But, as King Foltest used to say with a smile on his face, "A hog festooned with gold remains a hog all the same."
Chest 3: Henselt long refused to accept mages and sorceresses into his court. Though, in the end, he eventually included Sabrina Glevissig among his advisors, albeit not as a source of advice, but as yet another symbol of power – much like an ermine coat or golden scepter. Her role in the Kaedweni court was of the cosmetic variety. However, Sabrina refused to stay silent – sometimes silencing her king with a shout or by pounding her fists on the table. In time, she earned Henselt's recognition, but never forgot about the insults and disdain that first greeted her. Years later, when the opportunity struck, Sabrina betrayed the king... An offense for which she paid the ultimate price. 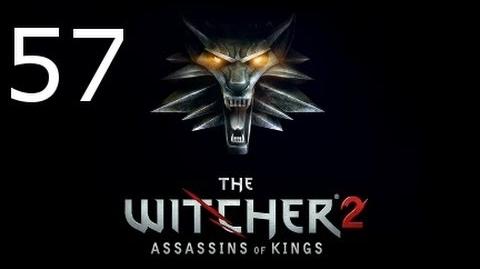 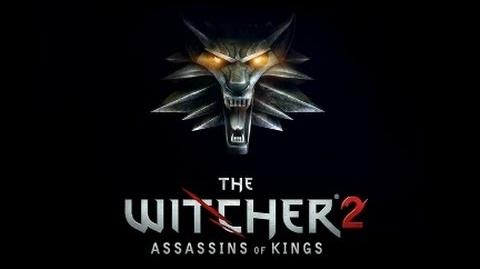 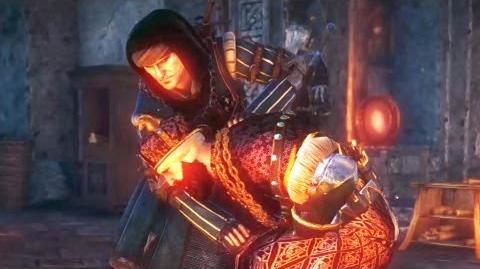 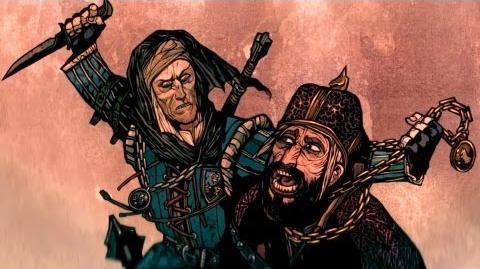 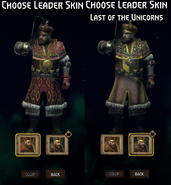 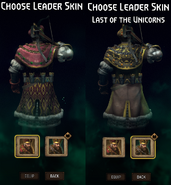 Gwent leader skins back
Add a photo to this gallery

Retrieved from "https://witcher.fandom.com/wiki/Henselt?oldid=532154"
Community content is available under CC-BY-SA unless otherwise noted.