Witcher Wiki
Register
Don't have an account?
Sign In
Advertisement
in: Creatures, The Witcher bestiary, The Witcher Chapter III,
and 4 more
English

Insectoid is a hypernym used to refer to arthropod-like monsters that are generally found in forests and fields (in the case of centipedes), and swamps (kikimora). Despite the name, the group also includes monsters based on non-insect animals like crabs and spiders.

The Wonderful World of Insectoids is a source of information for insectoids in the game, presumably written by one 'Master Dorregaray'.

Others not mentioned in that book: 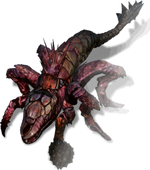 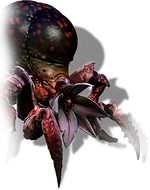