The Witcher
Julian is a "wealthy merchant from Kovir". He has come to the village of Murky Waters in order to marry Tobias Hoffman's daughter Alina. His merchant enterprise is not on hold in at the Country Inn. He will buy or sell:

He is favourable towards witchers, for according to him, a witcher once saved his grandfather's life.

He is the "informal leader" of the villagers in the dispute with the Vodyanoi.

Story of the Grandfather

"Grandfather, may Melitele watch over his soul, had a plot of land. A piece of rocky, frozen valley in northern Kovir, and a deserted coalmine with no coal. Grandfather always said that a treasure was concealed in the valley.
He worked hard every year to discover that treasure. Initially, many gladly took the jobs he offered and helped. But soon it became clear that grandfather had gone mad, that there was no treasure.
When he was 47, had rheumatism and a collection of bobolak scalps above his mantle, he was overcome with grief and went outside. He began cursing the heavens, berating all the known gods in the foulest language he knew.
The gods answered. There was a terrible rumble and an avalanche descended on the valley.
Grandfather regained consciousness, burrowed out of the snow and looked around to see something that would change his life. The entire valley was glimmering strangely, glimmering so beautifully that he nearly didn't see the beast coming towards him with a heavy gait.
Grandfather fled, bending over once to pick up a strangely glimmering stone. In short, he escaped.
Descending from the mountains, he encountered a witcher who agreed to slay the monster in exchange for a silver penny.
They returned to the valley and the witcher slew the beast. He could not help noticing the wealth laying in that valley, yet he demanded nothing beyond the penny promised him earlier.
Grandfather grew to trust him and knew that sooner or later someone or something would come along and want to take his treasure, for the treasure in the valley was immense, Geralt. Diamond deposits that took years to extract...
They became partners. The witcher watched the workers, killed monsters, drove off bandits, and grandfather managed the business. He's a legend in Kovir, and my family is wealthy and respected... That's the whole story." 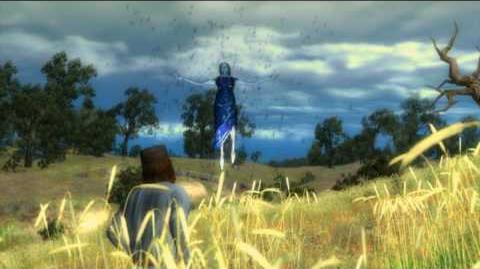 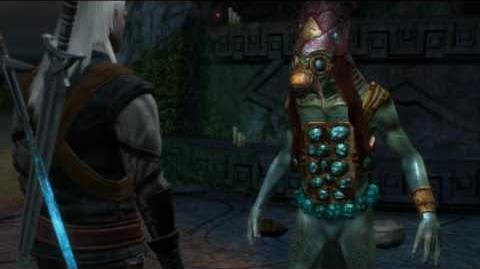 Ripples
Add a photo to this gallery
Retrieved from "https://witcher.fandom.com/wiki/Julian?oldid=476566"
Community content is available under CC-BY-SA unless otherwise noted.