Witcher Wiki
Register
Don't have an account?
Sign In
Advertisement
in: Fortresses, The Witcher Prologue, Locations in the comics,
and 4 more
English

Edit
watch 01:18
What is Kaer Morhen?
Do you like this video?
Play Sound

In Kaer Morhen valley, right off the Gwenllech river

Kaer Morhen (corruption of Elder Speech: Caer a'Muirehen, meaning Keep of the Elder Sea) is an old keep where witchers of the School of the Wolf used to be trained. It is located in the mountains of Hertch in the kingdom of Kaedwen, right off the Gwenllech river. The castle can only be reached by "The Witchers Trail", nicknamed "The Killer", which is easy to miss and encircles the keep. While Trials and Changes are no longer performed here, witchers still tend to rest here between their assignments—usually during the winter, after which they set out on The Path again.

The keep's name is a nod to an ancient sea in the area, indicated by the presence of fossilized sea creatures embedded in the stones on which it was built.[1]

They want to mutate the child, subject her to the Trial of Grasses and Changes, but they don't know how to do it. Vesemir was the only witcher left from the previous generation, and he was only a fencing instructor. The Laboratorium, hidden in the vaults of Kaer Morhen, with its dusty demi-johns of elixirs, the alembics, ovens and retorts ... None of the witchers knew how to use them. The mutagenic elixirs had been concocted by some renegade wizard in the distant past and then perfected over the years by the wizard's successors, who had, over the years, magically controlled the process of Changes to which children were subjected. And at a vital moment the chain had snapped. There was no more magical knowledge or power. The witchers had the herbs and Grasses, they had the Laboratorium. They knew the recipe. But they had no wizard.
Triss's inner monologue, Blood of Elves

Ancient times and construction of the keep[]

Oxenfurt Academy scholars speculate that in the place where the current keep stands there was originally an ancient elven defensive structure.[3] The Circle of Whispering Stones was likely erected during that era.[N 1]

By the time Nordlings erected the modern castle in the 2nd half of the 11th century,[3] Wolf School witchers had already been present in the caves of Kaer Morhen valley.[4] Human inhabitants eventually left the keep for some reason and it became the seat of the Wolf witchers.

School of the Wolf at its height[]

The keep and the bastion, encircled by The Killer, were the primary training area for young Wolves. In the Laboratorium beneath the castle resident renegade mages and druids performed the Trials and Changes which transformed boys into witchers.[1]

The men at Kaer Morhen rarely had anything to do with the Kaedwenian locals, maintaining a delicate balance that neither wished to disrupt.[5] As one could not find the fortress without the knowledge of the treacherous trail, it used to remain on the outskirts of history books. Legends claim that it is in Kaer Morhen where young Esteril Thyssen and his wife Agnes of Aedirn hid from King Videmont's wrath in 1160s.[6]

The dwindling number of monsters, together with the vile acts committed purportedly by witchers and reported in Monstrum, or Description of the Witcher pamphlet, resulted in anti-witcher sentiments growing amongst the Kaedwenian population. In the 1170s[N 2] a mob of peasants led by opportunistic mages stormed Kaer Morhen massacring everyone inside[1]—23 witchers and forty students,[7] including children, and the renegade mages who oversaw the mutation process. Only those members of the Wolf School who remained outside the castle survived. The pogrom was officially condemned[1] as an "isolated incident", with some of the attackers even expressing regret.[3]

While their numbers were greatly reduced, witchers continued to run the School.[1] Rennes took the mantle of the Grandmaster[2] after Barmin[4] and Vesemir replaced Varin as a fencing instructor.[1][2][4] As many of the mages perished during the pogrom,[8] the mutation process was even harsher—some boys were subjected to additional experiments, mostly with fatal results. During one of such experiments all subjects save for Geralt died.[9]

Finally the chain of witcher production snapped when the last wizard capable of performing the Trials and Changes died or vanished, marking late 1230s or early 1240s as the last time when young witchers practiced at The Killer. One of the youngest fully-trained Wolves was Lambert.[1]

The end of training did not mark the end of Kaer Morhen. While new adepts were no longer and the keep was a ruin of its former self, adult witchers still arrived here to spend winters with their comrades.[1] In 1242,[N 3] Eskel's surprise child, Deidre Ademeyn, took refuge in the fortress to hide from her brother Merwin's men.[10]

In 1264, Geralt brought the orphaned Ciri to Kaer Morhen, where she met Lambert, Eskel and Vesemir who were staying there for the winter, as well as Coën, a visitor[1] from the School of the Griffin.[11][12] By that year, Vesemir was considered to be the only witcher left from the previous generation of the Wolves.

As Ciri manifested unnatural powers, for the next year's winter the witchers invited Triss Merigold to watch over the girl. While Triss initially suspected the witchers wanted her to mutate Ciri, it turned out they were just afraid of the girl's magical abilities. As Triss feared she was unable to control Ciri, she convinced Geralt and others to put the young witcheress to care of a more experienced sorceress; thus in spring 1266 Geralt, Triss, and Ciri left for the temple in Ellander where Ciri was to be tutored by Yennefer of Vengerberg.[1]

In 1270 Triss and the remaining witchers were training Leo, a new student whom Vesemir took after Geralt's supposed death during the Rivian Pogrom two years prior. One night, the miraculously alive Geralt was found near the fortress, fallen unconscious after escaping an unknown foe.

Soon after Geralt regained consciousness, the castle came under attack by a criminal organization, the Salamandra, and the school's closely guarded herbs that were once used for the Trial of the Grasses were stolen and Leo was killed. After Leo was buried just outside Kaer Morhen, the witchers aided by Triss left in different directions to learn more about their attackers and recover the ingredients.[7]

Two years later the witchers once more met up here upon learning that Ciri was back but was being chased by the Wild Hunt. Yennefer arrived before Geralt to begin preparations, as she wished to use the first part of the Trial of the Grasses on Uma, an odd creature that was their only link to learning what happened to Ciri. After a successful transformation, Geralt headed out and soon brought Ciri back, but with the Wild Hunt right on their tail. During the Battle of Kaer Morhen, the group tried various tactics to defend their home, but were eventually overpowered, resulting in Vesemir's death, until Ciri's Elder Blood activated, threatening to destroy not just the Wild Hunt members but the entire fortress along with it. However, a weakened Avallac'h was able to stop her.

The remaining allies then held a pyre funeral for Vesemir before the witchers decided to go their separate ways, leaving Kaer Morhen behind.[4]

Trained but not mutated

Kaer Morhen is an inaccessible mountain stronghold which has been the headquarters of the witchers' guild for centuries. The name comes from the language of the elves — the original Caer a'Muirehen translates into Old Sea Fortress. The castle's time of greatness has passed, the battlements and moat have deteriorated, and a cold wind blows through the spacious halls. Currently, only a handful of witchers live here, but once many young boys underwent gruesome training along the infamous "Gauntlet" near Kaer Morhen.

Kaer Morhen is an inaccessible mountain stronghold which has been the headquarters of the witchers' guild for centuries. Its name derives from its original elven appellation — Caer a'Muirehen, meaning Old Sea Fortress. The castle's times of glory have passed, its battlements and moat have deteriorated, a cold wind blows through its spacious halls. Only a handful of witchers live here now, but in past times droves of young boys underwent gruesome training along the infamous "Gauntlet" near Kaer Morhen.
Years ago a horde of fanatics, their hatred incited by various publications defamatory of witchers, laid siege to Kaer Morhen. The mob would not have captured the fortress nor later turned it into a ruin without the help of mages. Practically all those who were in the Old Sea Fortress during the assault perished. From among those witchers who called Kaer Morhen home, only a few survived the massacre, merely because they were out on their Paths at the time. The bones of the dead remain at the bottom of the moat surrounding the stronghold, left there as a reminder of the massacre that was born from hatred directed against changelings.

The Keep of the Sea of Yore, home to the witchers of the Wolf School. 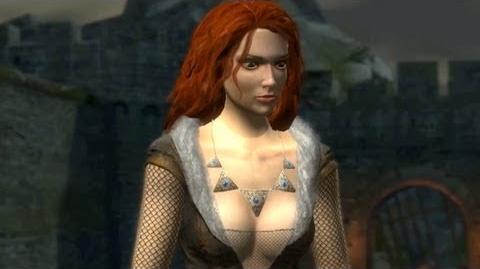 Kaer Morhen - The Witcher Lore - What is Kaer Morhen?

Bridge into Kaer Morhen in The Witcher: Nightmare of the Wolf

in Netflix's The Witcher

in Netflix's The Witcher 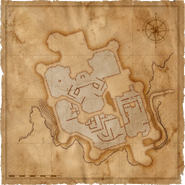 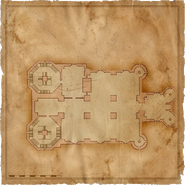 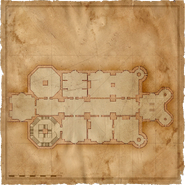 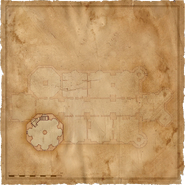 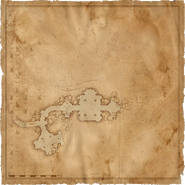