Witcher Wiki
Register
Don't have an account?
Sign In
Advertisement
in: Creatures, The Witcher Chapter III, The Witcher bestiary,
and 2 more
English 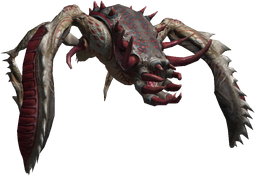 Kikimore, or kikimora, is an insectoid monster species that lives underground, as well as in swamps.

He didn't react to the muffled cry of the woman selling vegetables who was staring at the bony, taloned paw sticking out beneath the horse-blanket, bobbing up and down in time with the donkey's trot.
Caldemeyne shifted from foot to foot, looking at the spidery shape with its dry black skin, that glassy eye with its vertical pupil, the needle-like fangs in the bloody jaws.
pg. 75-76, The Last Wish (UK edition)

The Wonderful World of Insectoids provides the in-game journal entries about the various forms kikimores come in, as well as all the useful parts one can harvest from their carcasses.

There are three castes of kikimores in the game:

Developer CD PROJEKT RED's characterization of the kikimore taken from the monsterbook, which was enclosed with the Collectors Edition of the computer game The Witcher for Poland, Hungary and the Czech Republic:

Insects are probably the most inspiring prototypes for monsters. Repulsive yet intriguing, they are weird and "fantastic" even before their forms are modified. We had to have huge arthropods in The Witcher, but it was clear from the outset they could not simply be giant versions of existing creatures.

We devised the concept of the kikimore when somebody suggested introducing social monsters to the game. The kikimores are organized not unlike a termite colony. The queen lays eggs from which soldiers and workers then hatch. Soldiers defend the colony from enemies, while workers build structures and supply food. This division of roles had to be reflected in the games' AI mechanisms: workers turn aggressive only when attacked or when aggression is artificially induced in them, while soldiers fight any enemy they spot.

The beasts' physical appearance underlines their different places in the hierarchy. Workers are smaller, modelled after spiders, though the similarity is not obvious. The characteristic shape of their limbs and cephalothoraxes suffices to evoke repulsion.

Kikimore soldiers resemble beetles. They are more massive and protected by thick, chitinous armour. Their horned heads and torsos, as well as the sharp thorns on their legs, clearly demonstrate them to be dangerous creatures.

The queen bears more resemblance to the soldiers, mainly because of her bulky body. She is a mass of insect abominations that is almost impossible to defeat in direct combat. She has no eyes, which would be useless at the bottom of her dark lair. The pieces of flesh that resemble ribs and hang from her abdomen (visible in the rendered image) can either be ovipositors or atrophied limbs that have no use in her function as a constant reproducer.

While playing The Witcher Adventure Game also kikimores will cross your path.

Failed Sword: Suffer 1 Heart for each Shield you are short.

Two types of kikimores appear in Blood and Wine, the second expansion for The Witcher 3: Wild Hunt:

Their main ability is that, whenever their attacks hit, Geralt's toxicity level increases. If left unchecked, this could cause damage over time and, in extreme cases, render Geralt unable to consume any more potions. It is therefore recommended to have White Honey on hand to cancel the effects of toxicity whenever fighting Kikimores.

However, if the player is relying on high-duration decoctions in order to increase damage, which is a common strategy in Alchemy-based builds (and to a wider extent, any build that utilizes Euphoria), White Honey can significantly weaken the player's damage and force the player to meditate after the fight to re-consume his decoctions. So try to move and dodge as possible in order to avoid their attacks.

They are also vulnerable to insectoid oils and Igni. Kikimores almost always attack in large numbers, with several workers accompanying one warrior. 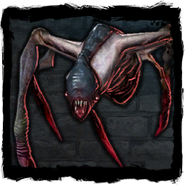 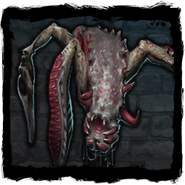 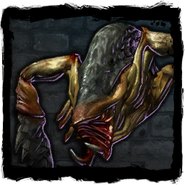 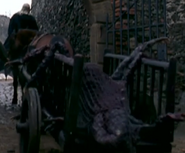 Kikimora in Netflix's The Witcher

Concept art by Ferenc Nothof for The Witcher TV series

first concept art of a kikimore 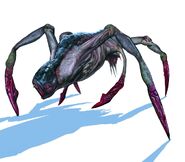