The Witcher
Morenn is a dryad from Brokilon, whom Geralt meets in the Druids' grove while exploring the Swamp. She will not say why she is there, though, saying it is a secret. If pushed, she will say that she is "taking the chance to visit this grove of old, beautiful trees".

Like other dryads, her only cloth consists of some decorative bracelets and necklaces. So she prefers to appear completely nude, leaving her breasts, buttocks and genitals exposed.

Later on, she can reveal that to Geralt that dryads do not raise boys, only girls. The witcher also learns that normally, dryads only have sex for procreation, which leaves our poor witcher with not much to offer being sterile. Never being one to give up easily, Geralt does finally come up with a convincing argument and sexual intercourse does eventually ensue.

"I got a lesson in the customs of the forest dryads. I must admit they differ from humans...in a way I like." 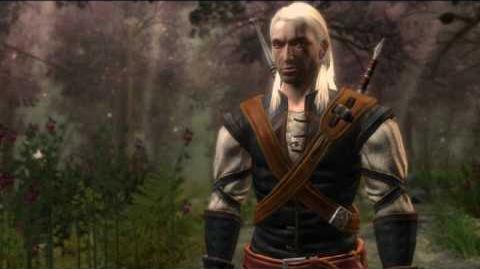 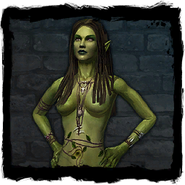