Witcher Wiki
Register
Don't have an account?
Sign In
Advertisement
in: Humans, Merchants, The Witcher characters, The Witcher Chapter I
English

The Witcher
Odo is a rich merchant who lives in the Outskirts of Vizima, in fact, he is the richest person in the Outskirts, period. He is often drunk and if he is not, then he will invite you to help him get that way without delay. He believes in the Eternal Fire and respects the Reverend's authority in the village. He also firmly believes that anyone who will drink with you could not possibly be a spy. A spy? What is he hiding?

"The wealthiest person in the Outskirts is a grim drunkard who inherited a fortune from his brother. Odo is distrustful and stingy.
He lives at the end of the village, in a house surrounded by a fence with a high gate." 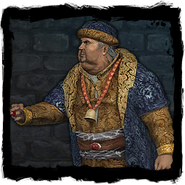 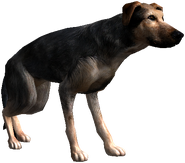