Of Monsters and Men

Chapter I
arrival in the outskirts

Of Monsters and Men is the first major quest following the Prologue (which was essentially a game tutorial). It spans the entirety of Chapter I and introduces several major characters.

As Chapter I opens, we see a woman (Caroline) accompanied by a child (Alvin) walking through the outskirts of Vizima in the dark. They seem hurried and Alvin is tired, but Caroline will not relent - they must reach their destination. Dogs gather, seemingly hungry...

Caroline soon realizes that these are no ordinary dogs, and orders Alvin to run as fast as his feet will carry him - the Country Inn is near. Alvin barely reaches the palisade surrounding the inn, but Caroline is not so lucky - the guards close the gate, leaving her to the barghests.

Geralt has just witnessed Alvin's dramatic entrance and the barghest attack. He quickly dispatches the hounds, but the disturbances are not over yet...

Note: While killing the barghests, it is easy to accidentally attack the guards. While not catastrophic, this is best avoided - but even should it occur, Geralt/guard relations will return to normal after the battle.

Just when things seem to be calming down, Alvin's body glows, levitates and delivers a prophecy in an otherworldly growl. After this, the healer Shani may briefly mention Salamandra and the Reverend to Geralt. She looks after Alvin for the time being, hoping to find a local woman who'll take the orphan boy in.

Through the Reverend, Geralt will gain access to other influential residents of the Outskirts; it will also be the Reverend who divulges the existence of the nearest Salamandra hideout. So Geralt must complete several tasks, first placing lights at five local shrines of the Eternal Flame. This must be done at night; the Reverend believes this will stop the barghest attacks.

Geralt should seek out Abigail, the local witch. He finds that she has taken in young Alvin (whom both he and Abigail suspect is a source). Here Alvin will again prophesy, under the influence of a certain tea - but for this tea Geralt must bring Abigail five petals, either purchased from a Viziman herbalist or gathered via Herbalism and proper study.

After confronting the Salamandra in their hideout, Geralt finds Alvin, who leads him to a cave where Abigail is hiding from a village lead by the Reverend. She asks Geralt for help from the mob, who wish to lynch her, even offering sex for aid, leading to a possible sex card.

Regardless of what he says or does with Abigail, once Geralt leaves the cave, he is faced a choice with the mob, either siding with them and letting the witch burn, or siding with Abigail and leading the herbalist from the cave. Each choice leads to a different outcome.

Regardless of his choice, Geralt fights the Beast within an impenetrable circle of fire, endless barghests joining the fight until it is defeated.

If Geralt saved Abigail, she helps him fight. After killing the Beast, the Reverend leads his guilty party to stop you, initialting a fight.

If Geralt sided with the villagers, the Reverend's group helps Geralt fight, and afterwards the Reverend thanks him.

After the fighting, Geralt retrieves a pass and returns to Shani.

The Beasts Beyond the Gate

The Dying of the Light

I lit the fires in the chapels but, as I expected, that didn't do any good. I should tell the Reverend he was mistaken. Lighting the fires did not drive the barghests away. I should inform the Reverend.

I lit the fires in the chapels but that didn't help. The Reverend wants me to learn where the Beast came from. The local witch is his chief suspect. I should call on her. I should visit the witch. (100

The witch claims she had nothing to do with the appearance of the Beast, denying the Reverend's charge. The witch says she is innocent.

The witch Abigail claims she can learn more about the Beast if she can encourage Alvin's prophetic abilities by having him drink a magical potion. I need to bring her five measures of white myrtle petals. I must bring the witch five white myrtle petals.

I have the myrtle and should take it to Abigail. I should see the witch again.

I brought the witch white myrtle petals. She needs some time to prepare the concoction. I should look around for other work. The witch promised to brew the potion. I should return in a while.

Alvin's prophecy is clear. The Beast was born of human wickedness and evil. It will continue to haunt the Outskirts as long as those who have wronged others remain unpunished. Prophecies be what they may, Abigail decided to help me in case I need to face the Beast sword in hand. She gave me Berengar's notes, which may help me defeat the monster. It's time to report what I've learned to the Reverend. I must see the Reverend, tell him what I've learned about the beast.

Waiting for a Solution

The Witch is Cornered

The Beast is Dead 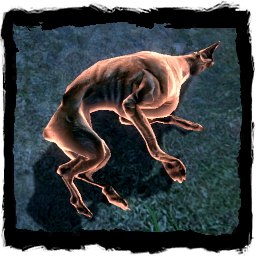 I passed judgment and killed the Beast. It was a hard fight. There's nothing keeping me here now. I must see the Reverend and get a letter of safe conduct that will get me inside Vizima. (300

I passed judgment and killed the Beast. It was a hard fight. There's nothing keeping me here now. I must see the Reverend and get a letter of safe conduct that will get me inside Vizima. (2000 XP + Berengar's notes on the Beast if you did not get them from Abigail earlier)

Killed the beast and saved Abigail:

Retrieved from "https://witcher.fandom.com/wiki/Of_Monsters_and_Men?oldid=475675"
Community content is available under CC-BY-SA unless otherwise noted.