Old Habits Die Hard is an optional quest in Chapter IV given to Geralt by a Naiad he happens to meet on the lakeshore.

At the beginning of Chapter IV, we find our witcher appearing out of thin air and falling to the ground at the Lakeside near Murky Waters. After getting the local scuttlebutt from the resolute girl, Geralt meets a naiad on the lakeshore. She tells the witcher that normally she would invite him for a dip, but that she is too upset to do tonight. When he asks about her woes, she tells him that her necklace, given to her by the Lady of the Lake, has been stolen by a drowned dead known in life as Zephyr.

Zephyr it seems is accompanied by a posse of drowners. Several posses in fact. The naiad suggests that to lure Zephyr out, one must first kill his minions, the drowners, at three different locations during the night:

The witcher decides to start by clearing the Lakeside since he is there anyway. He proceeds past the Fisher King's hut to the beach (just north of the Elven cave). There he finds, as expected, a group of drowners and dispatches them quickly. Next.

As he passes the Fisher King's hut on the return trip, Geralt decides to go inside and speak with him. There he obtains permission to use the king's boat, which allows him to get the next group of drowners. He then takes the boat to Black Tern Island, and sure enough, there is a group waiting for him there as well. A few more dead drowners and it is back to land.

Our hero then heads over to the riverbank outside the village, taking the gate out of the village which is closest to the Blacksmith's hut and following the road. He veers off the road towards the river to inspect the bank more closely and there he sees the last group of drowners waiting for him in a nice orderly row. A few pirouettes and flashes of silver later, we have one more pile of dead drowners.

Finally, Zephyr himself appears. He looks exactly like any other drowner. The witcher kills him and searches his remains. He then takes the Naiad's turquoise necklace (and anything else of interest) and heads back to the Lakeside for his reward which can take one of three forms:

Additionally, she gives him a drowner repelling talisman.

I promised the naiad I would find her necklace which was taken by drowners. I should search the Lakeside, Black Tern Island and the riverbank by the village. If I kill enough drowners, their leader, the drowned dead Zephyr, will emerge to challenge me. I must kill the drowners at the Lakeside, on Black Tern Island and near the village, and then I need to find their leader.

I defeated the drowned dead who was formerly a thief named Zephyr. I should search his corpse, he should have the necklace on him. I must search Zephyr's corpse for the necklace. (2000 XP)

The Naiad was happy to recover her necklace. She gave me a red ribbon that repels drowners in addition to the promised reward. I have received my reward. (6000 XP) 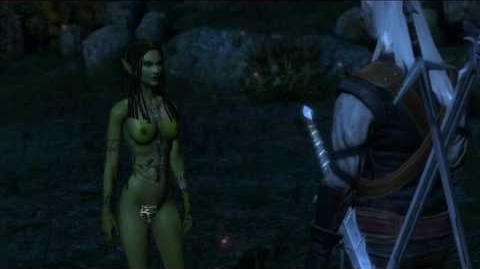