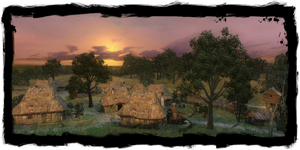 The Outskirts of Vizima is a rural area where mostly farmers live. The area's population is led by the Reverend, and is currently suffering due to the attacks of a mysterious Beast which spawns hordes of barghests. There are also some troublesome drowners and a few ghouls lurking about. 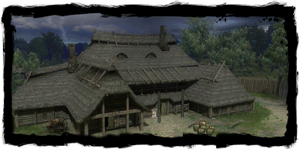 "Like any large city, Vizima also has its Outskirts. Near the city walls stand the houses of townspeople who could not afford to live in the city or could not stand the stench of its gutters. A little further out, among the fields and meadows, peasants have their thatched-roof homes. Unfortunately, the hard times have left their mark on the Outskirts. Many houses are vacant, their owners killed in the war, slain by monsters or taken by the plague which ravages the area."

Retrieved from "https://witcher.fandom.com/wiki/Outskirts?oldid=358889"
Community content is available under CC-BY-SA unless otherwise noted.