Patrick de Weyze, brother of the "blue-eyed lass", was a knight of the Order of the Flaming Rose.

Throughout 1270, Patrick spent most of his free time at The New Narakort in the Trade Quarter.

At one point, his sister was found unconscious in her bed with blood trickling from her neck. Shortly afterward she disappeared so the knight naturally thought she has transformed and been drawn somewhere. De Weyze wanted Geralt to find his sister and bring her back home. Secretly, he had already chosen her a husband but since she ended up in House of the Queen of the Night he had a hard time going on with the plan.

Considered by many brethren to be the most skilled member of the Order, Patrick continued to be a loyal member well into 1275. However, by the said year he contracted a scrofula so fierce that he couldn't mount a horse even for a minute and thus wasn't able to take part in the annual International Knights' Tourney near Beauclair. To ensure their knightly Order would be still be represented Evariste of Metinna and others decided to sent Tailles.[1] 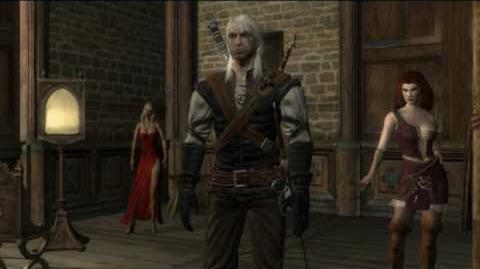