The people of Murky Waters are easy-going, the future wedding of Julian and Alina, the mayor's daughter, raising the spirits.

"I felt dizzy almost constantly in the idyllic settings of Murky Waters. Love is in the air and, like the scent of flowers warmed by the sun, it distracts me. The people here seem to feel the same."

See the screenshots at the bottom of this article to get an idea of what some of these townsfolk should look like. 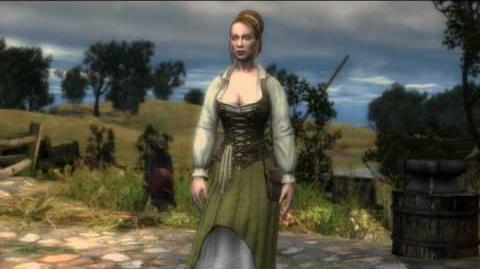 Retrieved from "https://witcher.fandom.com/wiki/People_of_Murky_Waters?oldid=515868"
Community content is available under CC-BY-SA unless otherwise noted.