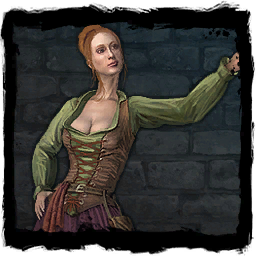 The following journal entry is gained by wooing one of the peasant girls with a bouquet of tulips. It and the associated romance card relate to this one experience only. There are, however other sexual encounters to be had in the Outskirts.

"Though the peasants here seem gloomy and unpleasant, the Outskirts nevertheless have their advantages..."

Note: If you turn in both The Salamander's Tail's "Trust gained", as well as Of Monsters and Men's "Alvin's Prophecy" stages prior to giving the Peasant woman the tulips you will loose your chance of receiving her Romance card and with it this Journal entry. Turning in either stage is fine, however due to the nature of both quests it is easy to accidentally turn in both at the same time in the same dialog, locking you out of the option (outside prior saves of course). It is therefore advised to speak to her prior to turning in either stage.

and monster tales including ghouls, and echinopsae in exchange for food. When they have imparted all there is to know, they will say that they have no more tales. Do not be confused by their "I'm done for this session" quip, which is that "there isn't much more to say". 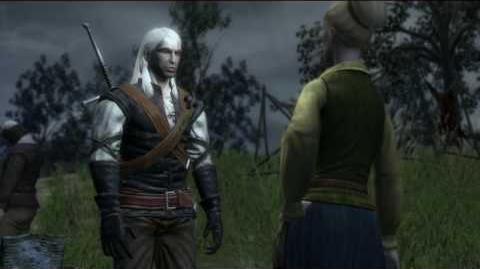 Retrieved from "https://witcher.fandom.com/wiki/People_of_the_Outskirts?oldid=515870"
Community content is available under CC-BY-SA unless otherwise noted.