forms a protective field to shield from attacks

Quen is a simple magical sign used by witchers. When cast it forms a protective shield in front of the caster, protecting the witcher from sonic waves and similar attacks from that angle.[1] Its expanded form can protect from the wider range of offensive actions.[N 1] Contrary to Heliotrop, which is active only for a moment and cushions from a single powerful attack,[2] Quen is active until broken or dispelled. 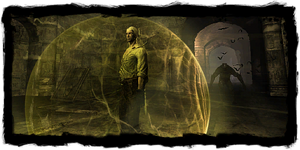 In the game, Quen can be used to buy time to imbibe a potion, or regain some lost vitality by resting. Its effect is immediately cancelled by any hostile action. The icon for Quen is based on the alchemical symbol for Earth. The witcher's skill with the sign is developed through the allocation of talents.

Tip: Quen disappears when you cast another sign or attack an opponent. It is best used to gain time to drink potions during combat, to switch weapons during a fight, or when charging at enemies with ranged attacks. It is also very helpful to cast Quen and then power-up a level-four style sword attack.

Later on, visiting the Circles of Elements attributed to Quen grants Geralt the Blessing of Earth. 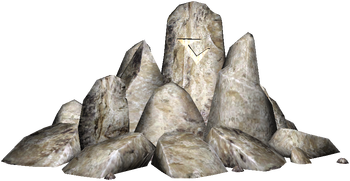 Circles of Elements dedicated to the Quen sign include:

Quen is a protective shield that lasts for 40 seconds at the sign's basic level. It is a sign that Geralt uses on himself that absorbs all incoming damage, up to a certain point - at which time it disperses and needs to be recast.

While Quen is in effect, Geralt can still attack enemies and use Signs, but he cannot regenerate vigor.

and select Quen; then press

Upgrading Quen in the Magic tree will increase the Sign Level, granting increased duration, damage absorbed, and also causing it to reflect back 20/50% damage against the attacker.

If the sign is enhanced with the "Enhanced Quen Sign" skill from the Magic tree, then Quen can reflect the damage to up to three opponents (at level two).

The Quen sign is a simple magical sign used by witchers that forms a protective field around the caster. Quen's basic ability is to cover Geralt in a basic shield that absorbs a limited amount of damage. Geralt can choose to upgrade this sign to increase its effectiveness.

Usually a single hit will take down the shield, but that doesn't mean Quen isn't useful. If you're using Light Armor, your Stamina regeneration can be so swift that you can cast Quen multiple times in a fight, keeping you safe from damage. Investing in Quen can make it capable of sustaining several hits before breaking and even push back enemies.

Additionally, damage resistance is applied before the Quen shield is damaged, meaning that increasing your DR against a certain damage type is another way to prolong the life of the shield. 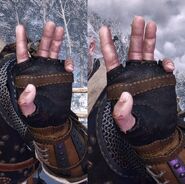 Quen's casting gesture in The Witcher 3

In The Witcher: Of Flesh and Flame