A Lost Lamb
Diplomacy and Hunting

q3026_invmarsh
Reaping Time is a quest given to Geralt by Vaska in Chapter III when the witcher goes back to the village, having previously helped rid them of drowners. 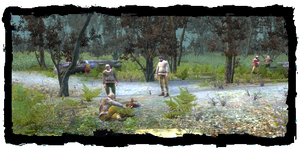 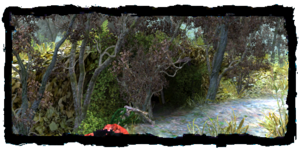 While on one of his many trudges through the fens and marshes of the swamp forest, Geralt decides to go back and visit the brickmakers. Perhaps Vaska knows something more about the Salamanders, who knows?

But it seems that all is not well in the sleepy hamlet. Roland Bleinheim and his band have kidnapped a number of the brickmakers and are forcing them to gather beggartick for the fisstech operation. The eldress knows of the whereabouts of one group of hostages: near the collapsed tower in the north of the swamp. She is so outraged by the actions of the Salamandra towards her people that she asks the witcher to kill Bleinheim quite explicitly.

Geralt immediately heads out to find the hapless villagers. He locates the first band by the collapsed tower, just as Vaska had said, where three Salamandra are guarding the brickmakers. Near that spot, he spots many Salamandra and their apparent boss, Roland Bleinheim, setting their base of operations, as part of another quests, which can be done right now as well, but he can be dealt with later "the right way". Back to business, Geralt carefully circles the area, choosing his optimal location from which to launch his attack. And what an attack it is! In no time at all, the hostages are free and their guards' bodies litter the ground. The grateful rescuees tell the witcher that the two other groups of hostages are being held in the cave, and the Lumberjacks' glade.

Our hero continues and two similar scenes follow, but in the cave with the penultimate group of hostages, there is a surprise. A small boy, the missing boy Geralt has been looking for since Chapter II, is among them. He speaks to the boy, who rambles on incomprehensibly about Water Lords and whatnot, and determines that the child seems in good health, physically anyway, and sends him on his way.

Having freed everyone, the witcher heads back to the village and Vaska. After he does, Vaska rewards him with a book and the "Blessing of the Water Lords", for which Geralt is eternally grateful (wink). She also tells him that the druids have been keeping an eye on Salamandra and might prove useful to his investigation. He thanks her and heads off in the direction of the Druids' grove.

Investigation in the Swamp[]

Leuvaarden asked me to pursue the investigation in the swamp. I should see Vaska, the brickmakers' leader. She may have some information. I should talk to Vaska about Salamandra.

Salamandra in the Glade[]

I freed the brickmakers who were forced to work in the lumberjacks' old clearing. I must free the other groups.

Salamandra by the Tower[]

I freed the brickmakers who were forced to work by the collapsed tower. I must free the remaining groups.

Salamandra in the Cave[]

I freed the brickmakers who were forced to gather herbs in the cave. I must free the other groups.

I freed two groups of brickmakers who had been kidnapped by Salamandra. I must free the last group.

The Community of the Lord's Worshippers[] 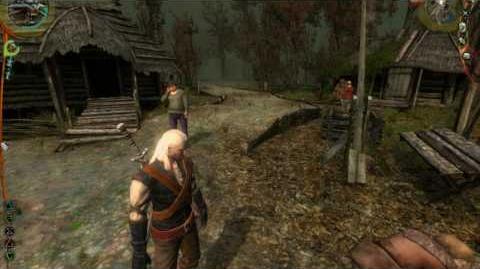