The Witcher
Resolute girl was the first person that Geralt met after "arriving" at the lakeside near Murky Waters. She was a fountain of information for the witcher and filled him in on all the goings-on in the village. She also told him about the funny fishman and how he guarded the altar to the Lady of the Lake. She mentioned that he was usually jolly, but was sometimes driven away from his post by evil fishmen.

In Chapter IV, she can be found almost any time, usually skipping merrily, between the landing and the Lady of the Lake's altar. When those evil fishmen come, she hides under the Fisher King's hut.

In the Epilogue, she is found in the safe house, where she is apparently talking the ears off poor Vetala. 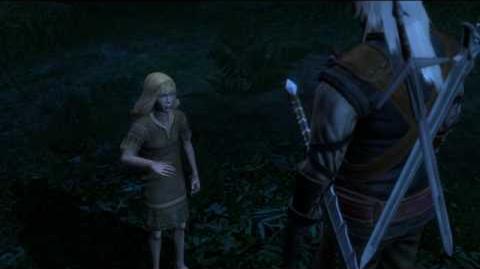 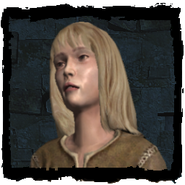