Witcher Wiki
Register
Don't have an account?
Sign In
Advertisement
in: The Witcher 2 characters, The Witcher 2 Chapter I, Humans, Merchants
English

Edit
watch 03:01
Wiki Targeted (Games)
Do you like this video?
Play Sound
Sub-Pages:

In Lobinden tanning and leather-working was the trade of Sendler, a skilful and reliable artisan. He ran a small stall with goods of his own making, but also accepted commissions for specific products. In these hard times, he made ends meet by working hard with his own hands. 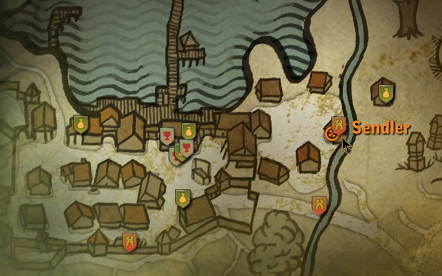