Stennis was the son and rightful heir of King Demavend of Aedirn.

After the murder of his father, Stennis inherited a realm in chaos with peasant rebellions and feud with Henselt of Kaedwen for the Pontar Valley. Although nobody doubted the Prince's claim to the crown, his arrogance and youthful lack of experience proved trouble when looking for support of the influential families that he needed to actually be crowned. To demonstrate what a good monarch he could be, Stennis and a few noblemen loyal to him joined Saskia in Vergen.

If Geralt joins Roche: Unfortunately for him, his plan to ascend the throne of Aedirn came to a miserable end: when he, King Henselt and Saskia met to discuss on the future of Aedirn, a mysterious curse casted by Sabrina Glevissig many years before made all the corpses of Kaedweni and Aedirnian soldiers died in battle resurrect as wraiths, who soon started fighting against each other. Prince Stennis remained killed while trying to escape.

If Geralt accuses Stennis to be guilty: After the poisoning of Saskia, Stennis was considered by the inhabitants of Vergen the only suspect. In the end, his speech didn't convince the witcher Geralt of his innocence; the Prince ended up lynched by peasants in front of his own chambers.

If Geralt spares him from the mob: After the defeat of Kaedwenian Army, both the serfs and nobility deemed the Prince worthy of the crown and he returned to Vengerberg. Ascending to the throne as King Stennis I, he changed his ways and became sensitive to the hardship of his subjects. This won him the hearts of people who saw him as the hope of the nation. Stennis was also quickly recognized by other Northern monarchs who promptly agreed that he will make a good ruler.

Following the events in Vergen the new king managed to consolidate Aedirn and kept the land running industriously. Following the outbreak of the Third Northern War he led his people as they fought the oncoming Nilfgaardians. Seeing that defeat was imminent he surrendered to the Emperor, becoming a puppet ruler in the proces.[1]

After King Demavend's death, Prince Stennis became heir to the Aedirnian throne, at least in name. However, pride and a chilly disposition rarely win the love of one's subjects, and that was very much Stennis' problem. His youth did not strengthen his claim either. Though no one openly questioned the Prince's claim to the crown, Stennis did not have enough support to actually have it placed upon his head. Given this situation, sitting out important events would have been political suicide. The war for the Pontar Valley gave him the ideal chance to bolster his position by demonstrating what a good ruler he would make. History has shown time and time again that when a realm is in chaos, deeds rather than words grant one legitimacy in the eyes of one's subjects.
Stennis greatly desired to prove himself the equal – or superior – of the Virgin of Aedirn. He had strong support from the nobility, yet the common folk had few reasons to sympathize with him.
Roche's path:

He was not lucky enough to leave the ghastly battlefield in one piece. Thus the Aedernian throne was left without a legal heir.

His refusal to help Saskia said much about the youth's personality – none of it good.
If he is found guilty during Chapter II - The Walls Have Ears:

When he got involved in the conspiracy against Saskia, the young prince forgot that crowned heads fall as easily as those of serfs. He was found guilty as an accessory to the assassination attempt and paid for it with his life.

If he is spared from the mob during Chapter II - The Walls Have Ears:

The young prince was found guilty of poisoning Saskia, but he could consider himself lucky as he was merely imprisoned, and not torn to shreds by the mob. 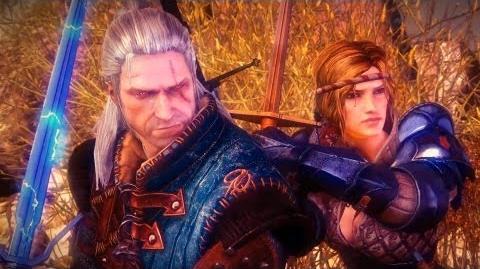 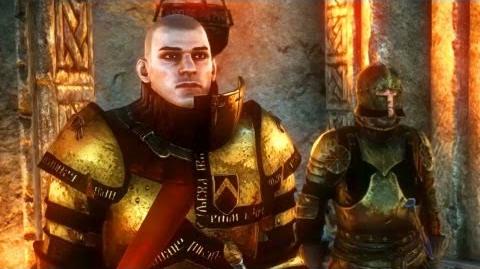