Crypt in the fields

The Ancient Cemetaur is one of nine optional trophy quests. This, and the other trophy quest are obtained by killing the monsters, but talking to Tobias Hoffman makes their existence known. Information about other trophy quests is obtained from either Vincent Meis or the Royal huntsman. Only one trophy quest, The Beast of the Sewers, is not optional, making a total of ten.

When Geralt first strolls into the village of Murky Waters, one of the first people he meets is Tobias Hoffman, the mayor and chief. When asked if he needs the services of a witcher, Hoffman intimates that there are two monsters plaguing the area: Ureus, the ancient cemetaur and a decidedly unfriendly vodyan priest.

As the quests both bring a healthy reward, the witcher decides to keep an eye out for these "beasties". He finds Ureus in the crypt in the Fields, but not before fighting his way through alps, alghouls, ghouls, fleders, other cemetaurs and a garkain.

I gave the proof to the village chief and received 800 orens. I received my reward for the trophy. (800 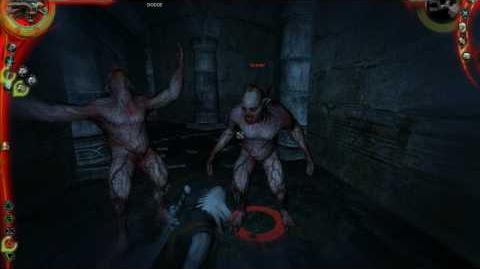 Killing Teyu and Ureus
Retrieved from "https://witcher.fandom.com/wiki/The_Ancient_Cemetaur?oldid=463734"
Community content is available under CC-BY-SA unless otherwise noted.