View source
watch 10:26
Who Is The Caretaker And Is It A Demon - 'Witcher' Lore
Do you like this video?
Play Sound

Summoning spirits on which he can feed and heal himself

The Caretaker is a unique relict monster in the Hearts of Stone expansion. He is a servant of Iris von Everec summoned by her husband Olgierd.

The Caretaker is first encountered during Scenes From a Marriage at the Von Everec Estate where Geralt is sent to fulfill Olgierd von Everec's last wish. Upon reaching the breach in the wall, Geralt first encounters a thief whose companion was attacked by something inside the estate. When Geralt peers further into the mist, he sees a mysterious figure.

As Geralt approaches the back garden of the estate, he hears the sound of digging, and then sees the mutilated body of the thief's companion leaning against a wall. The Caretaker stops digging and slowly emerges from behind the hedge, after which he takes off his hood to reveal a face with nothing but a mouth, and a ring of rough, bloody stitches. Geralt defeats the Caretaker, and may then take his spade as a reward.

There are more things in heaven and earth than are dreamt of in philosophy.
- Bartolomeo Darez, after trying to contact creatures from another plane and landing in an insane asylum.
The Caretaker served with the indifference of a golem, and proved as fierce in battle as it was diligent in its labors. It felt no pain – in fact, each blow it received seemed to give it strength, as did each blow it landed on Geralt with the spade it wielded as a weapon. What is more, the Caretaker was able to summon powerful spirits from the graves it had dug and could heal itself by absorbing them. The witcher had a hard time evading the devastating strikes of its weapon, and his only chance at wounding the creature came when it would stick its spade in the ground to draw on otherworldly energy in an attempt to petrify its foes with fright.
The being known as the Caretaker had been summoned to the von Everec estate from another realm, making "demon" its most accurate designation. The Caretaker had been forced into servitude by magic. Its tasks - to care for the house and protect it from intruders. It performed these pedantically, tending the flowers, repairing the fences, tidying the yard... and murdering all intruders who set foot on the grounds, then burying their corpses in neat rows on untended land just beyond the manor garden's bounds.

His attacks are fairly slow and predictable, and the wider area of effect attacks are noticeably telegraphed beforehand and therefore easy to dodge. However, like the Bestiary entry above mentions, every single hit he lands on you heals him, quite strongly. So you have to avoid getting hit even once as much as possible. When The Caretaker summons groups of dark spirits from the ground and his spade starts to glow, you need to attack the spirits before he does to prevent him from healing himself rather extensively. Keep in mind that receiving hits while under the effects of Quen will not heal him, so use the sign religiously during the fight. The best time to counterattack is after he hits the ground with his spade causing a shockwave, as he will be unable to pull it out for a few seconds, thus giving you the time to land several backstabs with ease. This is one of the fights where the Doppler decoction is invaluable.

Who is The Caretaker? The Witcher lore - Witcher 3 Theories 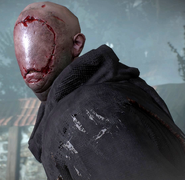