Start a Wiki
◄ Previous | Next ►

It features bug fixes and new content. According to CD Projekt there are 4 hours of new quests, new cutscenes and cinematics and over 100 improvements over the initial version of the game.[1] New intro and outro CG movies were added, as well as Dandelion's narrations after each chapter. Most of the new content was added to Chapter 3, the most notable are two new quests, Lilies and Vipers and The Secrets of Loc Muinne. All existing owners of the game received the upgrade for free. 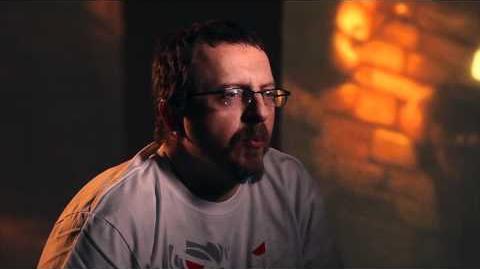 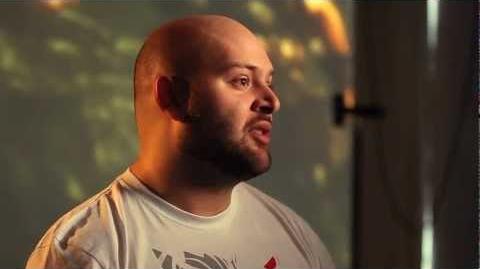 New Quests in Chapter 3. Two quests related to the core storyline and representing up to 4 additional hours of gameplay have been added in Chapter 3.

1) Lilies and Vipers
Brigida Papebrock, a lady-in-waiting at King Foltest's court, was recruited by Vernon Roche. Her mission - to seduce the two most powerful Temerian nobles and simultaneously keep an eye on the assassinated monarch's bastard children. In this capacity, she discovered the mystery behind Boussy's death and thus became an inconvenient witness, a hunted animal. Who sought to get rid of Boussy? Are Count Maravel and Baron Kimbolt involved? The truth about Foltest's last male heir is hidden somewhere within the rich web of schemes and accusations these characters spin.
2) The Secrets of Loc Muinne
The witcher is reunited with the sorceress Cynthia, who can lead him straight to the laboratory of the mysterious Aep Dearhenna, a mage who allegedly discovered the secret behind the downfall of the ancient Vran civilization. Will the witcher dare to work with the sorceress again, who managed to fool Philippa Eilhart herself, and who has revealed herself to be a young, ambitious Nilfgaardian agent? What does the Nilfgaardian Intelligence Service hope to find in the caverns beneath Loc Muinne? What did Aep Dearhenna actually discover? If they embark on the expedition, the witcher and Cynthia face numerous challenges in the monster infested and booby trapped corridors under the city.

New Transitional Cinematics. These short in-game movies, summarizing each chapter upon its completion, provide a smooth transition into each subsequent chapter and are designed to inform players of their current geographical position in the game world.
Final Boards. These video sequences, composed of procedurally combined short movies, summarize players' in-game choices. The movies have been crafted from game levels, characters and assets, using a variety of effects and camera shots. A total of 12 movies illustrate alternative states of the game world as determined by player choices. Upon completing the game, players see most of their key in-game decisions reflected in five 30-second movies arrayed variously depending on their individual playthrough. Set to an original composition recorded using a live choir, the 'Final Boards' constitute a 2'30" game summary upon completion.
New Movie – 'Witchers'. Designed for players new to The Witcher franchise, this movie was built using hand-drawn 2D art animated in Flash, in the same style as the 'Flashbacks' and 'Memories' in The Witcher 2. It describes witchers in some detail.
New Game Intro. This 3.5 minute, pre-rendered cinematic (CG), directed by BAFTA Award winner and Academy Award nominee Tomasz Bagiński, depicts the assassination of King Demavend, a key historical event occurring shortly before the beginning of The Witcher 2.
New Game Outro. This new 1.5 minute, engine-rendered cut scene appears at the end of the game and serves as teaser for what's to come. An ordinary man witnesses a Nilfgaardian army assembling to march. Requiring extensive post-processing and featuring original environments, lighting and assets, this high quality sequence serves as a cliff hanger, building player anticipation for the next installment in the Witcher series.
New Locations. Fresh locations were produced for the significant new quests now available in Chapter 3. These includes a system of underground chambers beneath Loc Muinne and a temperate coniferous forest with a secret cave passage in the mountains surrounding the ancient city.
Additional Cut Scenes. Eleven new rendered cut scenes have been added at various junctures to enrich in-game events. Created using a new set of motion-captured animations, these additions include 3 engine-rendered cut scenes illustrating the events that transpire in Loc Muinne when Geralt is engaged elsewhere. Each movie is made of 3 fully animated and rendered scenes that required extensive post production.
Dolby* Digital Support. The game is presented in Dolby® Digital surround sound. Connect your PC with Dolby Digital Live technology to a sound system with Dolby Digital decoding using a S/PDIF digital audio cable. Make sure that your PC is configured properly to deliver Dolby Digital audio during gameplay to experience the excitement of surround sound.

Changelog for the changes and improvements to the The Witcher 2: Enhanced Edition:

Save games from the regular game loaded into the Enhanced Edition will work. However, in Chapter II, during the Vergen Besieged quest (Iorveth's path), you need to turn a certain wheel to progress with the game. If you are playing from a non-EE Witcher 2 save, this wheel will be sideways in the wall and non-interactive, effectively breaking the game. The only workaround (other than starting a new game) is to uninstall Witcher 2 EE, reinstall the non-EE version, load the save right before the wheel, turn it, play until the next autosave, then quit, install the Enhanced Edition and play the game normally.

At the end of the same quest, after the cutscene at the end of chapter II, the game freezes in the middle of a scene.

Retrieved from "https://witcher.fandom.com/wiki/The_Witcher_2:_Assassins_of_Kings_-_Enhanced_Edition?oldid=461693"
Community content is available under CC-BY-SA unless otherwise noted.