View source
watch 01:40
Game Recap: The Witcher 3: Wild Hunt
Do you like this video?
Play Sound

REDengine with Umbra 3, PhysX and SpeedTree

See System Requirements section.
The Witcher 3: Wild Hunt is the third and final installment in the series of games developed by CD Projekt RED featuring the witcher Geralt of Rivia. The game was originally scheduled for release in late 2014, then pushed back to 24 February 2015, and finally released on 19 May 2015.[3] During the first two weeks since release it had sold more than 4 million copies worldwide,[4] more than doubling the total sales of its predecessor, The Witcher 2: Assassins of Kings.[5]

Unlike the previous games, The Witcher 3 is set in a multi-region open world, featuring over 100 hours of content.[6] Several early articles mentioned that the developers planned to have an open world similar to that of Skyrim, but 20% larger.[7][8] The developers were quick to point out that while there was much to appreciate in Bethesda's open world concept, they were also making an effort not to repeat what they perceived as the flaws in-game. As with earlier games, the consequences of Geralt's actions will impact how the narrative progresses. The game has been built using the new REDengine 3 and was designed with player feedback from fans of previous Witcher games in mind.[9]

For fans of the series, the online event "Killing Monsters", a weekly giveaway of wallpapers and audio files that ran from 10 June 2013 to 14 August 2013, culminated in the release of the "Killing Monsters" cinematic trailer.

On 14 May 2015, CD Projekt RED (working with Digic Pictures) released a pre-launch short story trailer titled "A Night to Remember".

On September 4, 2020, it was announced that the game and its expansions would be getting a next-generation upgrade and would be released as a standalone purchase for the next-generation consoles (Xbox Series X and PlayStation 5) as well as PC. A free update will be given out to those who already own the game on the PC, Xbox One, and PlayStation 4.[1] While it was originally expected to be released in 2021[2] it was later announced that the next-generation update had been delayed to 2022.[10]

For the main article, see The Witcher 3 storyline.

The world is in chaos. The air is thick with tension and the smoke of burnt villages. The fearsome Empire of Nilfgaard has struck again, ravaging the helpless Northern Kingdoms. The once mighty who tried to use Geralt for their own gain are now gone. In these uncertain times, no one can say what fortune holds in store, who will bring peace to the world and who will cause it only misery. But a force darker and deadlier emerges.

The petty men and women commanding tin-plated armies fail to understand that their conflict is child's play compared to the Wild Hunt, the otherworldly threat which now looms. These ghastly spectral riders have for ages plagued humankind, bringing misery to the world. This time the Wild Hunt seeks one person in particular: the one individual Destiny itself bestowed upon Geralt, the one soul Geralt considers kin.

The World of the Witcher
Explore the many kingdoms and cities in the world of The Witcher. Familiarize yourself with the Geography facing The White Wolf as he continues his quest to destroy the Wild Hunt. Use the maps developed by our community to help navigate the open world environment.

The Witcher 3 Starter Guides
Discover the skills and strategies needed to survive in The Witcher 3: Wild Hunt by reading our community guides on combat, alchemy, monster hunting, and witcher signs. Learn all about witcher skills, combat tactics, the strengths and weaknesses of deadly monsters, and how to craft the perfect concoctions. 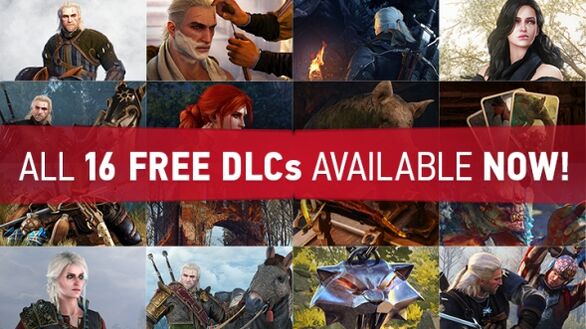 As CD PROJEKT RED, we strongly believe this is not the way it should work and, with The Witcher 3: Wild Hunt​​​, we have decided to do it differently. Cutting to the chase, everyone who buys Wild Hunt will receive 16 specially prepared DLCs absolutely for free, regardless of platform. You don't have to preorder, you don't have to buy any special edition to get them — if you own a copy of Wild Hunt, they're yours. This is our way of saying thank you for buying our game.[11]

On April 7, 2015, CD Projekt RED announced two major expansions for The Witcher 3: Wild Hunt, entitled Hearts of Stone and Blood and Wine.[12] CD Projekt RED said that both expansion packs included new enemies, characters, and gear. Players would also be reunited with some "dearly missed" characters from the series. Hearts of Stone was released on October 13, 2015, and Blood and Wine on May 31, 2016, both are available on all three major platforms. Players can purchase both expansions at once by getting the Expansion Pass, now on sale through several retailers.

On August 30, 2016, a Game of the Year edition (for PC) and Complete edition (for consoles) was released, containing the base game, both expansions, and all downloadable content.

Hearts of Stone is a major expansion that adds over ten hours of additional content. Geralt will adventure into the wilds of No Man's Land and the nooks and alleys of Oxenfurt, where he will try to complete a contract from the mysterious Man of Glass. Caught in a thick tangle of deceit, Geralt will need all his cunning and strength to solve the mystery and emerge unscathed.

Blood and Wine is a major expansion that adds over twenty hours of additional content. A tale that will introduce the all-new in-game region of Toussaint, Blood and Wine will take Geralt to a land untainted by war, where an atmosphere of carefree indulgence and knightly ritual masks an ancient and bloody secret.

In March 2015, Nvidia announced that any new GPU purchase would grant their buyer a free copy of The Witcher 3: Wild Hunt.[13]

The Witcher 3 Wild Hunt - The Sword Of Destiny Trailer 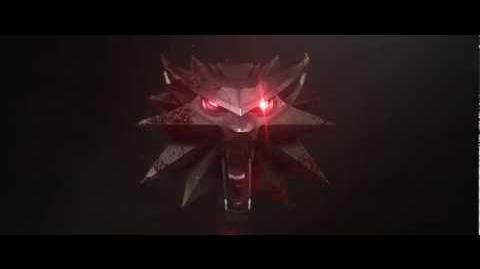 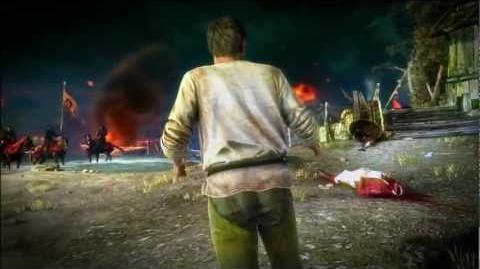 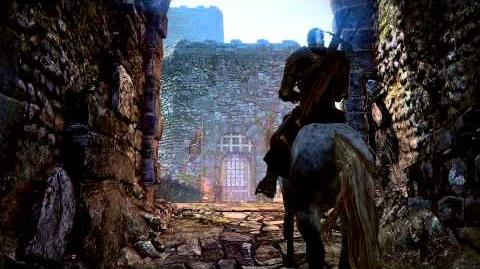 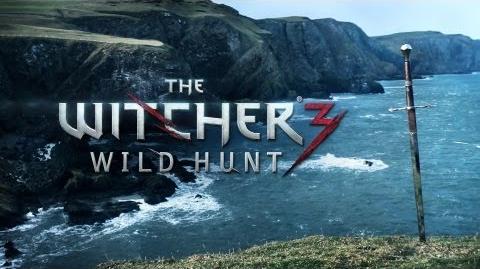 The Witcher 3 Wild Hunt - The Beginning 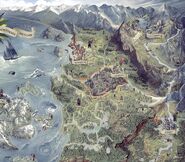