He is also the husband of the She-troll of Vergen.

If Geralt decided to help both the trolls, at the end of Chapter II, the creatures will side Vergen defenders in the final battle with Henselt's army.

On Roche's path, Geralt and Vernon Roche meets the Troll of Vergen at the end of the Chapter, on the road for Vergen, after Geralt has dispatched the mist.

Note that there are 3 trolls on Iorveth's path that you need to leave be in order to get the Friend of Trolls achievement. If you take the Roche path, you will find 4 trolls, in addition to the three, there's another one hiding in a little cul de sac close to the brothel tent near the Kaedwani camp. His murder is not needed to get the Trollslayer achievement.

A troll kidnapping a beautiful sorceress? I could believe that. A troll abandoned by his wife for that reason? That's ballad material. Yet not many people would believe a ballad in which a troll asks a witcher for help.
If Geralt chooses to kill him during Chapter II - Where is Triss Merigold?:

Discussions between monsters and witchers almost always end the same way. This time was no exception and the troll departed this world.

If Geralt chooses to help him during Chapter II - Where is Triss Merigold?:

The grateful troll returned Triss' ribbon to Geralt and so ended this part of the story.
The final episode took place when both creatures arrived in Vergen to help defend it. The Kaedweni had occasion to learn that the phrase "the monstrosities of war" can be more than a figure of speech. 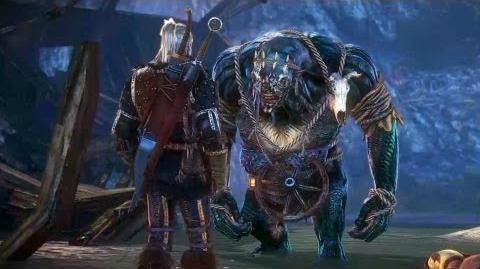 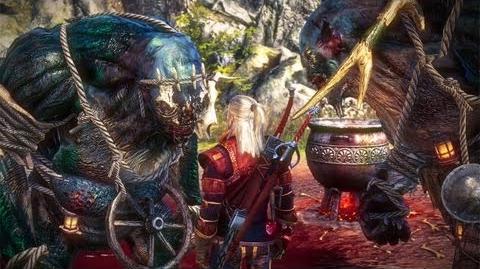 Geralt, Vernon Roche and the Troll (Roche's path)
Add a photo to this gallery
Retrieved from "https://witcher.fandom.com/wiki/Troll_of_Vergen?oldid=534356"
Community content is available under CC-BY-SA unless otherwise noted.