Vanhemar was a Nilfgaardian fire mage, Cynthia's master, and personal sorcerer to Ambassador Shilard Fitz-Oesterlen, whom he accompanied as part of the Empire's delegation.

If Roche's Path was chosen: Vanhemar stood at Ambassador Fitz-Oesterlen's side while the latter talked with Geralt at the Kaedweni camp.

If Iorveth's Path was chosen: Vanhemar was able to sense Triss Merigold's presence as Geralt unwittingly carried her in figurine form to the Nilfgaardian camp. Subsequently, after taking Triss from Geralt, Shilard Fitz-Oesterlen asked Vanhemar to personally execute the witcher and then congratulate Cynthia for capturing Triss.

However, as Vanhemar prepared to execute Geralt, a Nilfgaardian soldier at his side was shot by Ves; in the confusion, Geralt knocked the mage over and incapacitated him with a kick in the face. The witcher was untied by Vernon Roche and managed to acquire his sword, initiating a fight between himself and Vanhemar in which the Nilfgaardian mage was slain.

Shilard Fitz-Oesterlen's personal sorcerer had only just made Geralt's acquaintance when he died at the witcher's hand. 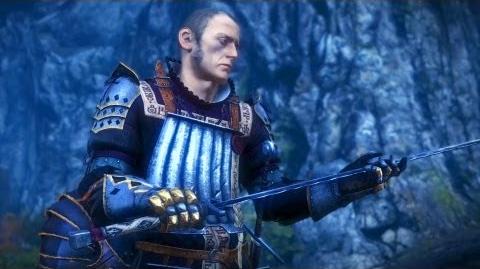 Retrieved from "https://witcher.fandom.com/wiki/Vanhemar?oldid=529335"
Community content is available under CC-BY-SA unless otherwise noted.