Start a Wiki
watch 07:10
What Is The Dwarven Vivaldi Bank - 'Witcher' Lore
Do you like this video? 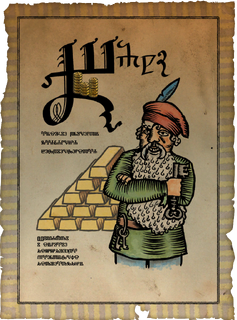 The Vivaldi family founded one of the finest banks in the known world, the Vivaldi Bank, which has branches in most major cities in the Northern Kingdoms.

Trade Quarter, Vizima
Like any large city, Vizima also has a branch of the dwarf-owned Vivaldi Bank. It is located in a sturdy building with thick stone walls. Guards armed to the teeth watch the armoured safes, while wealthy clients can count on discreet, professional service. The bank is renowned and so its reputation did not suffer when rumours began circulating of a hostile takeover. Apparently, the bank's owner was having financial problems, and an anonymous investor took advantage.

The Vizima branch was run by Golan Vivaldi until it was taken over by humans.

There also happens to be a second entrance to the bank. It is located in the storehouse next door.

In Vergen, Geralt meets Igor Vivaldi, an employee of the Vivaldi's Bank on business in town, checking on the local mine's profitability.

He tells Geralt that each of the bank's agents have been given instructions that the witcher is to receive unlimited credit.

Hierarch Square, Novigrad
The branch of the Vivaldi Bank encountered in Novigrad allows Geralt to exchange florens and orens for crowns. The exchange rate from florens/orens to crowns is approximately 1 to 3. The bank also allows Geralt to take out loans, although the previous loan must be paid back before a new loan can be taken out.

The Novigrad branch is run by Vimme Vivaldi.

The bank can be found in Novigrad in the main square with the market, just west of the Hierarch Square signpost. The building has a pair of large coin shaped signs hanging in front.

Retrieved from "https://witcher.fandom.com/wiki/Vivaldi_Bank?oldid=512944"
Community content is available under CC-BY-SA unless otherwise noted.